Bark in the Park 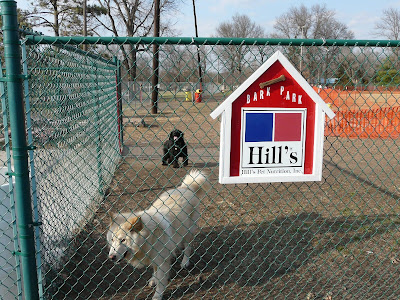 Topeka has had a Bark Park for some time, on one of the old softball practice fields in Gage Park. It's now new and improved, sponsored by Hill's Pet Nutrition, whose corporate offices reside here. 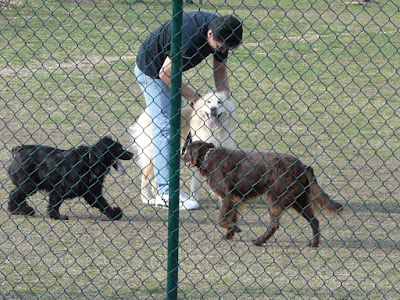 It's a place where dogs and their people can run around and have fun with other dogs and people. 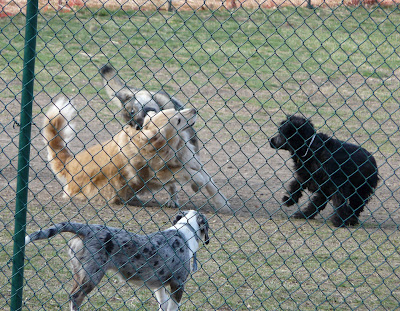 Some dogs really get into it. 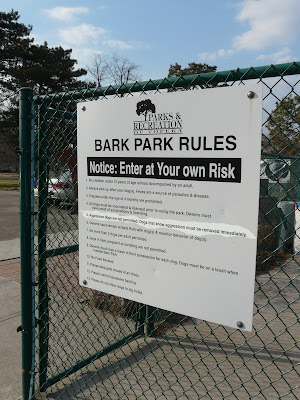 My own dog, Mitzi, can't go to the Bark Park because she violates Rule #5 above: Aggressive dogs are not permitted. We tried, but she couldn't restrain herself. She's the poster child for "It's not the size of dog in the fight, it's the size of fight in the dog."
Posted by Kris H. at 7:28 PM