Out at Lake Shawnee the past couple of nights, I was graced with the gorgeous face of the Moon. 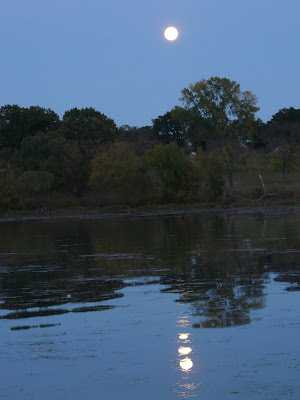 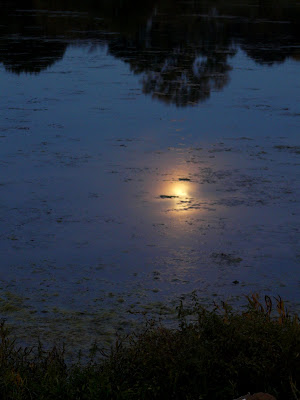 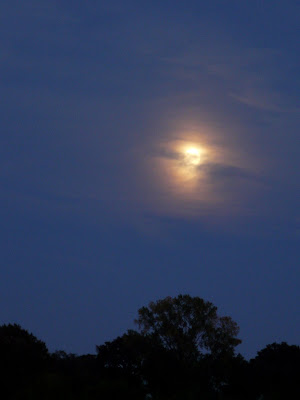 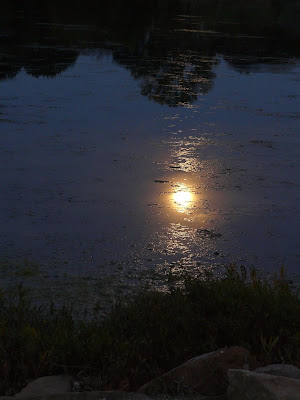 Above images from October 11. Hunter's Moon, so called, some believe, because the falling of the leaves and the clearing of crops from the fields made it easier to track creatures under the bright Moon's light. Also, the cooler weather is better for butchering and preserving meat. Stock up the larder, Winter is coming.

The next night, we went back out hoping for a sight of the Moon and Jupiter. We did see those, but we were also granted the presence of a heron perching on a snag in the middle of this part of the lake, under the light of the Hunter's Moon. 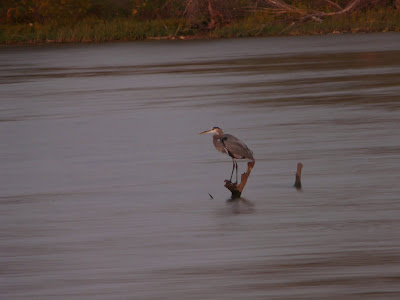 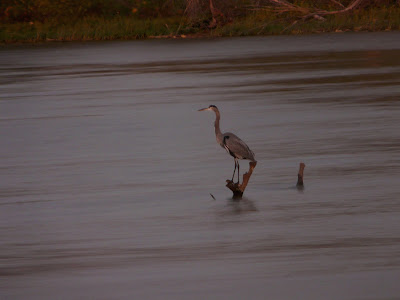 The heron arrived before we could see the Moon, and then, she appeared: 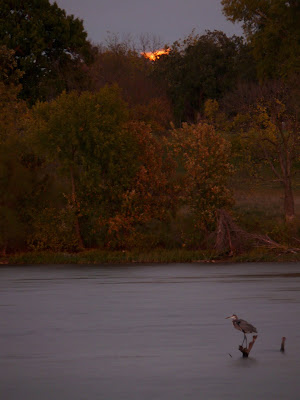 The heron stayed, as far as I know, the entire time we were there under the Hunter's Moon. 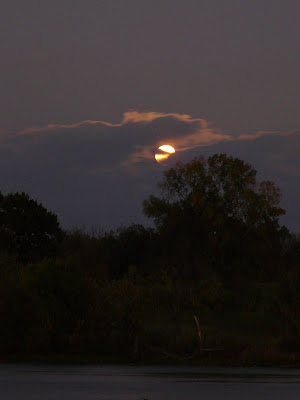 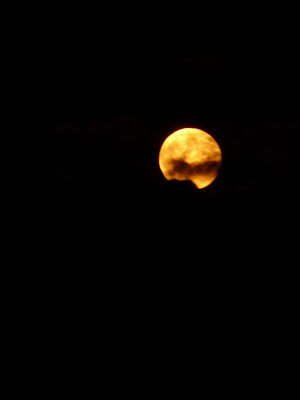 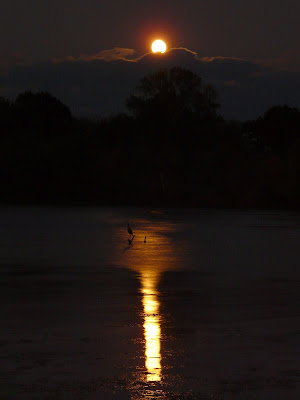 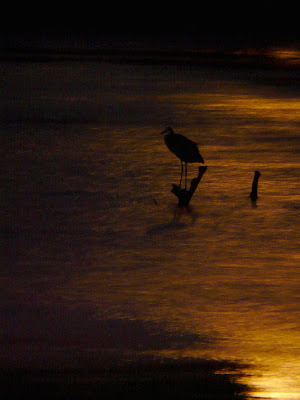 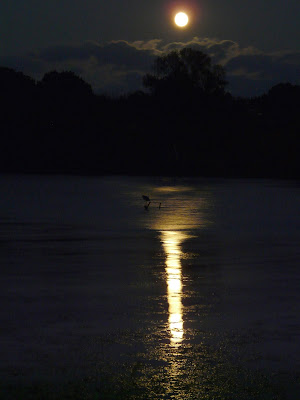 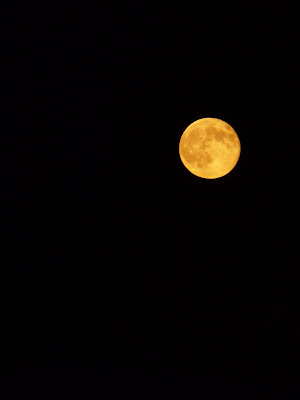 The Moon alone, never as interesting to me as when She plays with trees and clouds and the lake, but this was the gorgeous color of her face when she rose out of the clouds. 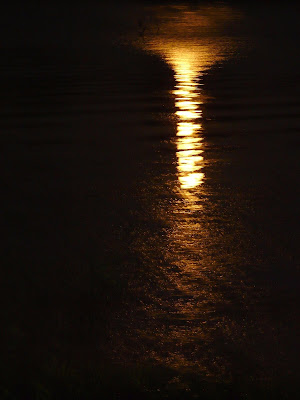 There was a very strong moon path this night. At times the waves on the lake made it appear like a series of Moons rippling through part of the water. 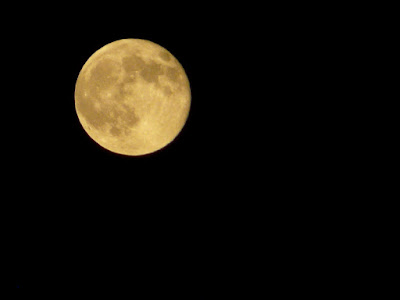 As far as the Moon and Jupiter, it was indeed a wonderful sight, but my photographic capabilities could not do it justice. Imagine the Moon above in the image below, and reflected on the rippling lake, add the conversation of the geese and the patient heron still sitting, and you will come closer to the wonder of it all. 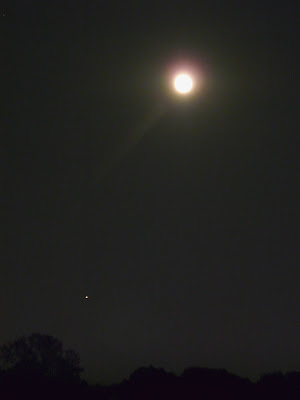